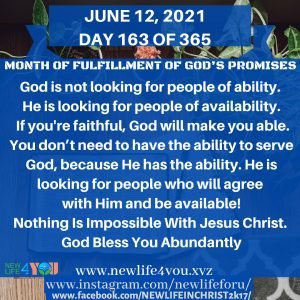 MONTH OF FULFILMENT OF GOD’S PROMISES

Martin Luther prayed at least two hours per day. He once said, “If I fail to spend two hours in prayer each morning, the devil gets the victory through the day. I have so much business I cannot get on without spending three hours daily in prayer.” Martin Luther is the great reformer who led the protestant reformation.

John Wesley prayed at least two hours per day. He was a mighty man of God and the founder of the Methodist church.

George Whitefield prayed at least three hours per day (1hr in the morning, 1hr at noon, and 1hr in the evening). He was a great evangelist in England and America.

E. M. Bounds prayed for three hours daily. He was a Pastor around the time of the American Civil War. He prayed daily for three hours before he would begin work on his writings. He wrote some of the most powerful books on prayer that exist.

John Welch was one of the most faithful men of prayer this world has ever known. He spent at least seven or eight hours daily alone with God in prayer and the study of His Word. An old man speaking of him after his death said, “He was a type of Christ.

”When Susanna was young, she promised the Lord that for every hour she spent in entertainment, she would give to Him in prayer and in the Word.  Taking care of the house and raising so many kids made this commitment nearly impossible to fulfill. She had no time for entertainment or long hours in prayer!  She worked the gardens, milked the cow, schooled the children and managed the entire house herself.  So, she decided to instead give the Lord two hours a day in prayer!

Believing God has AMAZING things in store for 2021!

Nothing Is Impossible With Jesus Christ. 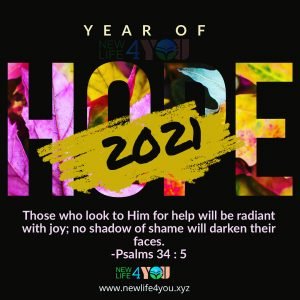